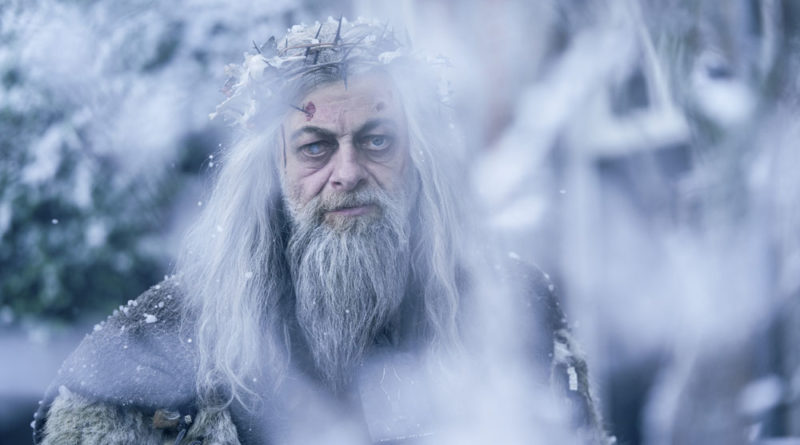 The BBC’s new adaptation of A Christmas Carol continued in the UK tonight.

The all-star cast includes Australian actor Guy Pearce (Mary Queen of Scots) as Ebenezer Scrooge, Andy Serkis (The Lord of the Rings) as the Ghost of Christmas Past, and Stephen Graham (Line of Duty) as Jacob Marley.

Here’s a plot recap for the second episode, which aired at 9pm on Monday 23rd December 2019 on BBC One:

At the Cratchits, Mary cannot sleep. Bob asks to discuss where the money for Tim’s operation came from after Christmas.

At Scrooge’s house, the shutters blow open. Scrooge brandishes his poker at the offending snow. He hears the tinkle of a bell behind them. On opening, he finds a small white mouse, which he recognises as Erasmus, his childhood pet. Scrooge is surprised, mistrusting and delighted, but hardening his heart against the spirits, throws the mouse out of the window. Scrooge congratulates himself on the success of rationality, but it is not yet midnight.

As midnight strikes, he hears singing coming up the stairs. Scrooge reacts with horror at the man’s voice – his father, Franklin Scrooge. The father he buried many years ago. He struggles to lock the door, but his father bursts through anyway.

Franklin talks to Scrooge about how he was bankrupted this afternoon. Scrooge prays for him to go away, while Franklin bitterly talks about how all of humanity are beasts, only looking out for themselves. He turns on Scrooge, and on Erasmus. Scrooge explains how the mouse was a gift, but Scrooge relives Franklin grabbing the mouse and cutting off its head.

The figure of Franklin transforms into that of the Spirit. Scrooge refuses to beg the Spirit for forgiveness, which triggers the Spirit’s curiosity. The Spirit picks up a nearby hat and spins it. Light comes from the hat, and the walls are filled with Magic Lantern projections of children laughing and singing and dancing. The figures seem to be in the room, suddenly Scrooge is hit by a snowball and finds himself in the middle of a snowy field surrounded by these children playing.

Scrooge hides out of the way behind a train of carriages. He decides the sherry he drank earlier had been spiked with laudanum. Scrooge realises he recognises some of these boys from school. A figure nearby confirms this as fact; Scrooge realises that the figure is Ali Baba, Scrooge’s only childhood friend.

Ali Baba leads a reluctant Scrooge across the common to Black Bridge Boarding School on camels. Scrooge is faced with his former, abusive headmaster. He tries to attack him but cannot. Inside the dormitory they find young Scrooge reading, dreaming of Ali Baba, overshadowed by the domineering headmaster.

Outside the school, young Lottie & Scrooge’s carriage rides off. Scrooge looks after them. Ali Baba transforms back into the Spirit. Scrooge tries to rationalise how he is now as a cause of what happened to him, a reason, an excuse. The Spirit says they must dig deeper into Scrooge’s soul and with that he transforms into a Miner and he and Scrooge sink into the ground.

Scrooge and the Miner are in the Scrooge & Marley Trechloddfa Coal Mine. Men, women, children and ponies are mining in the dark hot pit. Scrooge reaches out to one of the ponies. The Spirit/Miner explains how Scrooge & Marley had cut down the mine’s excessive use of timber to support the roof. They witness the mine collapsing, the flood of coal dust, the fleeing injured and the panic of those trapped there. Another part of the mine collapses, and it goes dark.

The Spirit lights a match and is transformed into a Businessman. He hauls Scrooge after him, into a working cotton mill, where we witness the start of Scrooge and Marley’s global profiteering. Scrooge and Marley are completing a business exchange for ownership of the mill.

The Spirit/Businessman is delighted about the pure profit that they are witnessing and takes Scrooge back into what was the mill space but is now filled with looms printing money.

The Businessman and Scrooge talk about the profits that Scrooge was making, but when Scrooge mentions his life, the Spirit/Businessman takes him aside. They enter a travelling show tent where he transforms back into the Spirit and shows Scrooge visions of the life he would have had with his former love Elizabeth if he had been able to commit to her instead of constantly seeking profit.

The Spirit leads Scrooge into another memory – when Scrooge committed an evil that was not even for profit. We see Mary Cratchit giving birth, and a concerned Bob outside. We move to Christmas Eve 7 years ago, Scrooge is in his office.

Mary arrives, she explains that her son is ill, and they need money for his operation. Scrooge is her last hope. Scrooge agrees to give her the money, on the proviso that she come to his house the next day and do everything that Scrooge asks of her.

When does new ‘A Christmas Carol’ mini-series premiere in the US?

‘A Christmas Carol’ recap: What happened in Episode 1?

New period dramas on Netflix in the UK: What’s added in December 2020?

New period dramas on Netflix in the US: What’s added in December 2020?

New period dramas on Amazon Prime Video in the US: What’s added in November 2020?