The coronavirus crisis will delay a huge number of upcoming drama series.

A report by Ampere Analysis suggests that around 60% of scripted television series that were set to air in 2020 are going to be delayed due to the global pandemic.

They also predict that up to 10% of planned dramas and comedies for this year will be cancelled completely.

Filming on the next season of Call the Midwife was suspended back in March.

Production was also halted on the sixth season of Peaky Blinders and the next Fantastic Beasts movie.

Luckily, the fourth season of The Crown completed its shoot just in time!

Ampere Analysis’ senior analyst Fred Black told Deadline: “There is one certainty among the current uncertainty – that the COVID-19 pandemic will change the TV production industry far beyond the end of the lockdown.”

He explained: “Initially we expect delays to cause gaps in scripted TV release schedules, which broadcasters and streaming players will have to fill with other content.”

However, Black warned: “However, as delayed productions begin to fill out content gaps in later months, these gaps will begin to close. But this has further ramifications.”

There has already been a 40% drop in commissions for scripted content compared to the equivalent period in 2019.

Top Gear and EastEnders are due to begin shooting again in June, but there’s no news yet on when other UK series will restart production.

The makers of Call the Midwife are still hoping to film this year’s festive episode though!

Writer and creator Heidi Thomas revealed last month: “The Christmas Special is our absolute priority, and we are determined to get it on screen on Christmas Day.”

Call the Midwife is available on DVD on Amazon.

Watch a recap of what’s happened in ‘The Crown’ so far before Season 4! 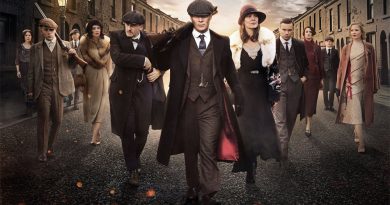 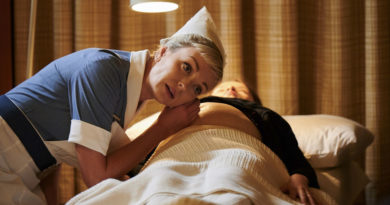 ‘Call the Midwife’ recap: What happened in Season 9 Episode 6?

‘The Larkins’ first look: Bradley Walsh stars in ‘Darling Buds of May’ remake

‘All Creatures’ returning cast confirmed: Who’s back in Season 2?

‘Bridgerton’ Season 2 is back on track