The star of Silk and The Village will play inspirational justice campaigner Anne Williams as she attempts to uncover the truth about what happened on that tragic day following her son’s death.

The upcoming four-part series from the makers of Bodyguard will depict how Williams challenged medical evidence following her son’s original inquest, and refused to accept its verdict of accidental death.

The official synopsis reads: “Anne, from Formby, near Liverpool, was devastated by the loss of her son, 15-year-old Kevin, who was tragically killed at the FA Cup semi-final in 1989 between Liverpool and Nottingham Forest.

“Anne stood defiantly alongside other parents and their families who fought for justice for the 96 loved ones who lost their lives at a football match.

“Determined to unearth the truth about Hillsborough, Anne Williams refused to believe the official line on how the disaster unfolded, seeking new medical opinion, tracking down witnesses whose statements were altered, and leaving no stone unturned in her fight for truth and justice.”

Peake commented: “Anne Williams was an extraordinary woman. She spent half her life campaigning for the truth of her son’s death and the other 95 victims who were unlawfully killed at Hillsborough.

“Her fearlessness and drive to take on the British establishment is mind blowing.

“I hope we can go some way to bringing the story of Anne, the families, victims and survivors of Hillsborough to an even wider audience.”

Writer Kevin Sampson, who was at the 1989 semi-final as a fan, added: “From the first time I spoke to Anne I was struck by her steely determination. Nothing and nobody was going to deter her from her ultimate aim – justice for Kevin and the 95 who died with him at Hillsborough.

“Anne’s is a story of a mother’s love being stronger than any opponent or obstacle. She refused to lie down, and it’s an honour that her family has entrusted us with telling her inspirational story.” 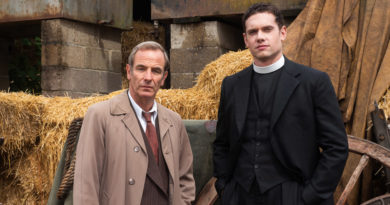