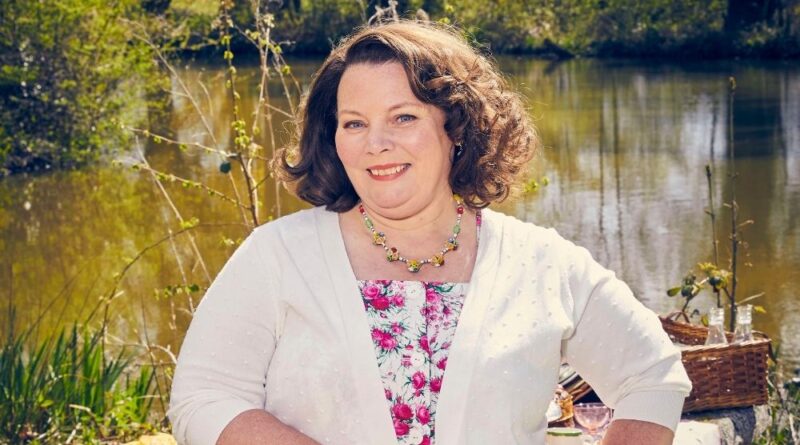 Notes on a Scandal actress Joanna Scanlan is starring in ITV’s new version of The Darling Buds of May.

Based on the original novels by H.E. Bates, the six-part comedy-drama comes from the creator of The Durrells.

The Larkins is set in the late 1950’s and follows the golden-hearted wheeler dealer Pop Larkin and his wife Ma, together with their six children, as they bask in their idyllic and beautiful patch of paradise in Kent.

Bradley Walsh (Doctor Who) and Joanna Scanlan (The Thick of It) lead the cast as Pop and Ma.

The Larkins premieres tonight in the UK.

Here Joanna Scanlan discusses the family dynamic, Ma’s look, and what it was like filming in Kent…

Tell us about the premise of The Larkins…

“The Larkins is set in late 1950’s Kent, the beautiful county of Kent, Garden of England, and this is a family who are rumbustious and fun and enjoy life to the max.

“They probably don’t come from this part of the country as at that time in history there was a lot of people moving between Kent and London and back to Kent, and so they probably come from London originally.

“People around them can sometimes look down on them, but they don’t really take that too seriously. They’ve got a great lust for life.

“I love the show, the script’s a joy. When we’re filming you’re in this kind of warm glow, you’re surrounded by the beautiful countryside, the way of life that is represented. The message is we could all live life a lot simpler, modern life is complicated.

“I think The Larkins represents a world in which things are simpler, which isn’t like our modern day life, which is not simple at all. The simplicity of their life is the real attraction. They all love each other fiercely; they’ve got a happy family life, they listen to each other, they respect each other.” 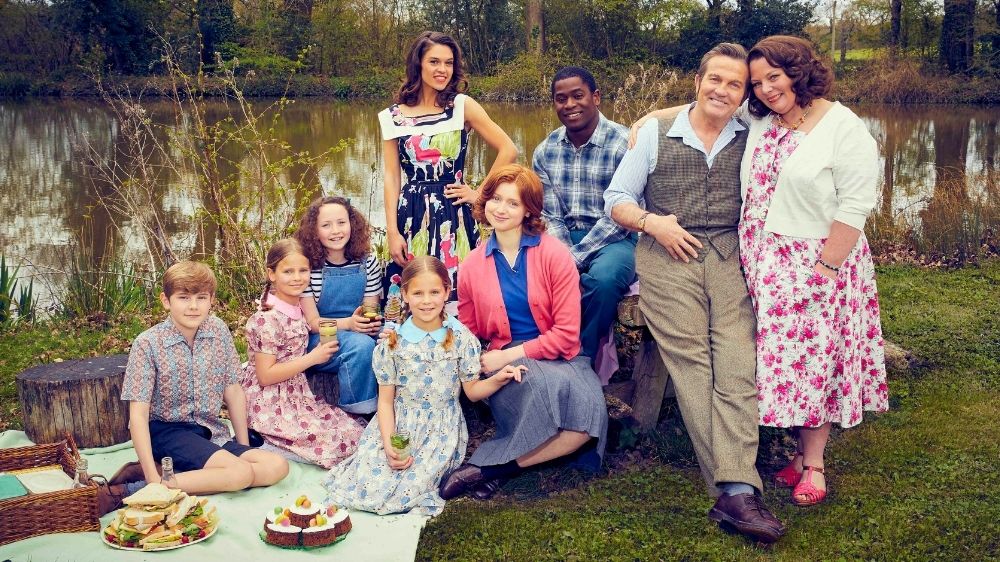 Have you enjoyed filming The Larkins in Kent?

“Yes, the way our farm sits in the Kent landscape is so gorgeous and to have all our animals around us is divine – the cats, the geese, the pigs, the horses, it’s such a lovely environment to be in.”

Can you tell us a bit about the family dynamic?

“An average day in the Larkins’ life is a busy one as they’ve got a working farm. Pop is up at five in the morning, he’s off, he’s making sure this has happened and that has happened.

“Ma is in the kitchen creating the most ginormous feasts, the kids are hungry and busy. They’ve all got their chores. They all do their chores. There’s no shouting and rancour and screaming. They entertain each other. They all get along. Everybody’s sort of on the same page.

“Although they’re all busy it doesn’t mean that they don’t have fun alongside it, so whenever there’s an opportunity the Larkins will have a cocktail party, they like a drink, or they will go out on a day trip to the local events in the village and so on, they’re very involved in village life.

“The Larkins are always looking out for other people. It’s a busy life and then at the end of the day Ma and Pop tumble into bed and they just they have got time for a little bit of um, how’s your father because they enjoy it.” 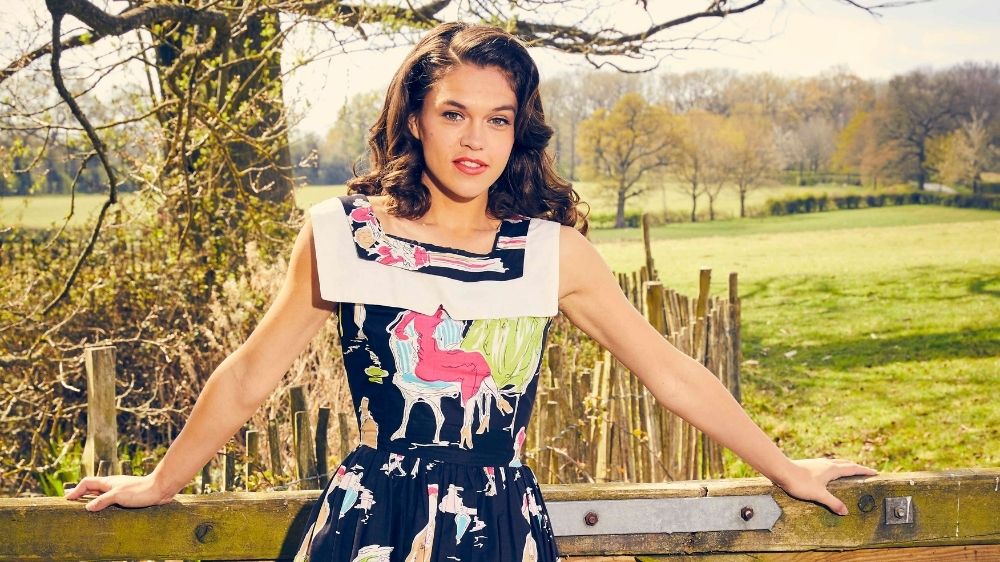 How does the show reflect the legacy of the iconic H.E Bates’ novels?

“I read the books by H. E. Bates when I was 14, I was poorly and had to stay in bed for a couple of weeks. My Mum brought me a little box set which had the five books in it that had been produced by Penguin called The Larkin Saga, and I still have that collection of books.

“I absolutely fell in love with the Larkins as characters. They put two fingers up at everything that doesn’t count. and they embrace everything that does. The spirit of the books, that they’re kind of vulgar, ribald, fun, but have a wise way of life just really appealed to me and it really cheered me up when I was lying in this bed for a couple of weeks.

“I think what Simon Nye has done with the books is to give them a very modern feel. I’ve reread them and they still feel quite fresh today, but Simon has made it so they really connect with modern day parents, families and kids – it’s pure entertainment.

“Simon is a brilliantly entertaining writer, the comedy is inherent in every word and the stage directions are very funny, there’s lots of physical comedy.

“He also set up something that is in the books, which is this dilemma for Mariette, above and beyond going to France, which is which man she’s going to choose. I think that’s a very clever move, because we as viewers are going be rooting for her to make the right choice and that’s gives some energy to the whole series.”

Tell us about Ma’s look?

“Ma looks glamorous every day. In the contemporary term she’s modern. So in 1958 what Ma Larkin loved was everything that was as modern as possible.

“In the books there’s lots of talks about things, how much she loves plastic jewellery and how much she enjoys nylon nighties. She wants to be up with the times, she wants to look attractive. She wants to make the best of herself without it wasting too much of her time.” 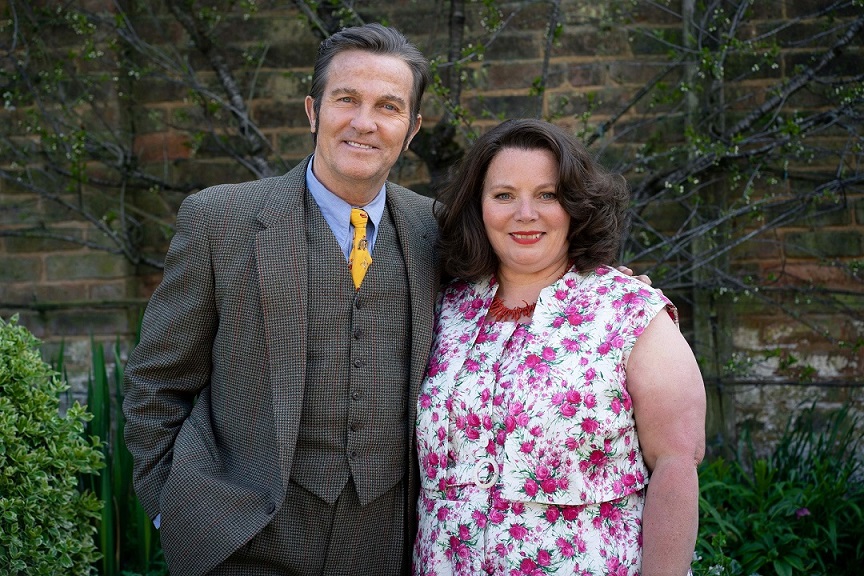 Does Ma have an accent?

“I worked on the accent ahead of filming and did a bit of research on it. There was a lot of going back and forth between Kent and particularly the East of London throughout the late 19th century.

“People would go from the countryside into the dockland areas to seek work and other parts of London, get some seasonal work and then come back and do this back and forth.”

The Larkins continues at 8pm on Sunday evenings on ITV, and will air in the US in 2022.

The complete original The Darling Buds of May series is available on DVD on Amazon. 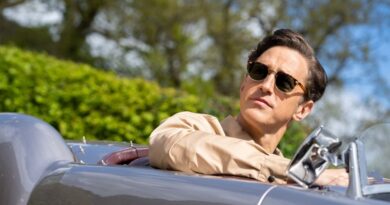 ‘The Larkins’ recap: What happened in Episode 5?

‘The Larkins’ finale recap: What happened in Episode 6? 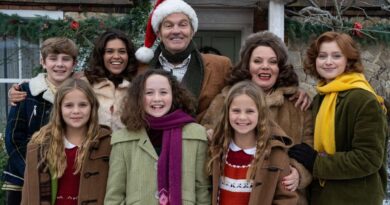 ‘The Larkins’ recap: What happened in the Christmas special? 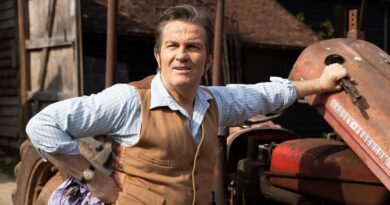 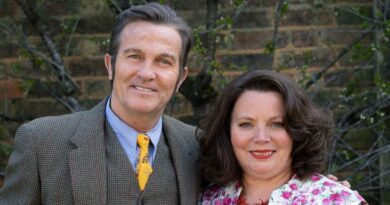 New period dramas on Netflix in the US: What’s added in June 2022?

New period dramas on Netflix in the UK: What’s added in June 2022?

‘Sister Boniface Mysteries’ future confirmed: Will there be a second season?

New period dramas on Netflix in the UK: What’s added in May 2022?

6 of the best British period dramas set in the 1990s