A new programme about the family that inspired The Durrells will air on PBS tomorrow.

Based on Gerald Durrell’s classic trilogy of Corfu memoirs, the 1930s family period drama launched in 2016 and the last ever episode aired in the US last weekend.

Don’t fret if you’re already missing the show, however.

A new one-off documentary is being shown at 8/7c on Sunday 10th November on Masterpiece on PBS.

Hosted by Bodyguard star Keeley Hawes, who played Louisa, What The Durrells Did Next is described as “the definitive true story behind one of the best-loved families in TV drama.”

The official synopsis reads: “Lifting the lid on every family secret, heartbreak and triumph, it reveals how Corfu shaped the personalities and ambitions of each family member. It’s an outlandish story of African expeditions, global fame, heartbreak and the establishment of a zoo dedicated to saving endangered species.

“The film describes how young Gerry Durrell grew up to be a world-famous zoologist whose ideas on conservation revolutionized the roles of zoos forever, how Larry Durrell nearly won the Nobel Prize for literature–but was deemed to have too much sex in his books–and how flirtatious Margo stayed forever young on cruise ships across the world.”

It was recently announced that Keeley Hawes is teaming up with the writer of The Durrells again next year in a brand new ITV drama series.

The Durrells is available on DVD on Amazon.

‘The Durrells’ recap: What happened in Season 4 Episode 2? 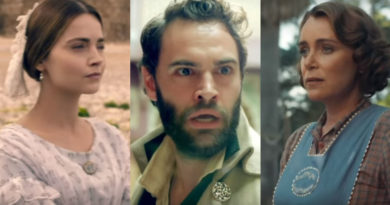 ‘The Durrells in Corfu’ returns: Watch the trailer for Season 2!